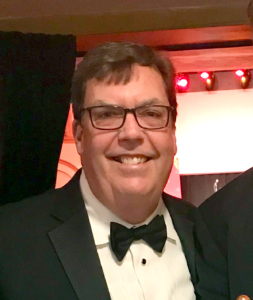 His written work has appeared in SportspressNW.com, the Seattle Times, the Seattle Mariners Magazine, the Washington Athletic Club Magazine, Lindy’s College Football Magazine, and The Grand Salami. He has authored three books and consulted on a fourth.

His latest book, Mr. Townsend and the Polish Prince, was published in December of 2018 and tells the remarkable story of Joe Purzycki, the first-ever white head football coach at a Historically Black College, and Nelson Townsend, the athletic director who had the courage to hire him.

In 2015 he consulted with adventurer Stephen Trafton on Trafton’s book At The Edge, a story of Trafton’s adventures in the Arctic, his world-record high speed driving at Bonneville, and his colorful banking career. Gastineau wrote the first draft of the book and conducted most of the interviews for stories that were used in the book.

In 2013 his book Sounders FC: Authentic Masterpiece was published. The critically acclaimed regional best seller details the story behind the Sounders successful launch as a Major League Soccer expansion franchise in 2009. The book was published in Brazil in 2015.

In 2009, he teamed up with Art Thiel and Steve Rudman to co-author The Great Book of Seattle Sports Lists.

He worked full-time as a sports talk show host at KJR Radio in Seattle from 1991 to 2012 and currently appears on the station regularly in a fill-in role.

Gastineau is on the Board of Directors for The Northwest Literacy Foundation, and the Morris Trophy.

Prior to his arrival in Seattle in 1991 he worked in radio in Montana, Nebraska, and Virginia. He is a 1982 graduate of Indiana University.

Mike and his wife Renee live on Whidbey Island with their dog Chico.

What People Are Saying About Gas

Gastineau made his radio mark in hosting public discussions around Seattle’s sports-facilities developments, from KeyArena to Emerald Downs to the baseball and football stadiums, and lately the campaign to create a new basketball/hockey arena in SoDo. As much for his quick wit and rational thinking, Gastineau is also known as a prolific fundraiser for charity.

Gastineau glides through the verbal mine fields [of sports talk radio] with a silky grace that reminds you of Gale Sayers on an end sweep; so quick, so effortless.

In a departure from the bombastic tone taken by most sports-talk people Gastineau relies on a more relaxed style. He also combines an appreciation for the rich history of sports with a perspective that it is, after all, just sports.

Gastineau always has dwelled on the common denominator, the one thing – the only thing, really – that draws all of us together. Sports.

Not only has Mike been a trusted voice and advocate for our sports teams, he’s thrown his support behind veterans, kids, the Ronald McDonald House, local rock bands, crab fishermen, and dogs.

Few personalities in the market communicate their enjoyment of the work with the success of Gastineau.

There is a rhythm to his show. He intersperses information with humor. He appeals to a bigger cross section of listeners than any other KJR host.