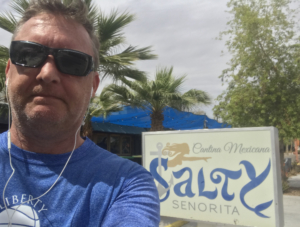 The NBA Cup grinds along, and after a thrilling quarterfinal round we are down to the elite eight. Win three games in a row, and you are the NBA Cup champion. I can’t thank Coach Rick Turner enough for putting time, effort, and creativity into this project. I’m not at liberty to discuss what I’m paying him for all his work (it rhymes with nothing) and I’m grateful that he’s been willing to put in the time. Based on this recent photo we received, Coach Turner is bearing up well in these uncertain days. The quarterfinals feature a Central Division battle, a game between LeBron’s current crew and one of his old stops, an up and coming Jazz team against the defending champs, and Doc Rivers coaching against a team he once took to the NBA title. You’ll see the best in basketball when you watch the NBA Cup!  All words below except clever photo captions belong to the coach. 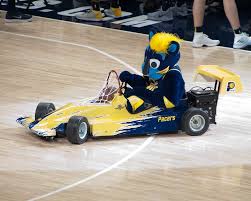 I’m a big Pacers fan, and I’m a big Boomer fan. But I’m am firmly against mascots being allowed to drive race cars. Bad, bad, bad.

It’s quarterfinals time for the inaugural – and possibly only ever – NBA Cup, and once you get down to eight, excellent teams, anything can happen… especially in a one-game series. This is

territory uncharted by most NBA teams. The only thing that compares would be a game seven match up where the loser goes home – but by that time, after six games, both teams are extremely familiar with each other.

Familiarity would definitely fit for these two Central Division opponents who’ve played each other already four times this season – with Milwaukee winning three. In fact, the only win for Indiana came when Giannis was absent because of the birth of his firstborn, son Liam.

Indiana has really played well in this tournament and have shown the importance of peaking at the right time, but they are facing a Milwaukee team that has been fantastic all year and it hasn’t all been on the shoulders of the Greek Freak alone.

… and a myriad of other stat geek cocaine numbers. The Bucks get it done on both ends. Mix in the leagues’ MVP and the Pacers find themselves with their proverbial hands full.

But this is tournament basketball and the games aren’t played on paper – okay, well I guess that this one actually IS played on paper but since I’m the guy writing it, it can turn out any way I’d like and this guy likes (borderline loves) Mr. Sonic, Nate McMillan.

Between Giannis, Eric Bledsoe, Kris Middleton, Wesley Matthews, Donte DiVincenzo, Pat Connaughton and Kyle Korver there’s really a lot of fire power for the Bucks. Mix in the defense of Brook Lopez and newly added Bremerton’s own, Marvin Williams, this is a formidable bunch.

But the Pacers have upset on the brain here. Domantus Sabonis and TJ Warren are red hot and continue getting buckets for Indiana. Malcolm Brogdon wants to exact revenge on the team that gave him away just a year ago and shove it up their… nose. More importantly, Victor Olidipo’s rest gives him a new lease on life and he chooses this game to announce to the basketball world that YES!!! He-Is-In-Fact-Back! Indiana is battle tested in this tournament, surviving two razor-close games thus far. This one is no different. 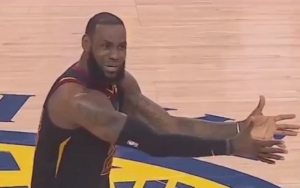 He was a Cav, twice.

Well this is fun isn’t it? 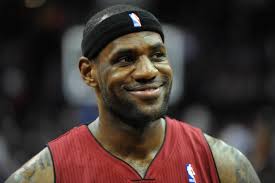 He was a Heat.

LeBron’s new team, matching up with his old team, one he led to two NBA Championships.

I wonder what his legacy is in Miami and how Heat fans feel about James now. Legitimately asking.

I don’t fall in the Cult of LeBron camp. I don’t worship at the feet of King James.

As a matter of fact, to try and attempt to explain how I feel about this complicated dude wouldn’t exactly be new territory not explored by others wholly more qualified to do so than me. He seems to be completely genuine at times, while at others, utterly insincere. I am fully aware of his greatness but can’t figure out where he fits in the pantheon of all-time greats. I can’t tell if he’d be a guy you’d love playing with or just tolerate. I can’t tell if he would be a fun guy to hang out with, or just kind of a tool.

There’s a word for it I suppose… enigma. At least that’s what LeBron James seems to be to me, again, an observation from afar. There is no disputing his accomplishments on the floor. That’s for sure. 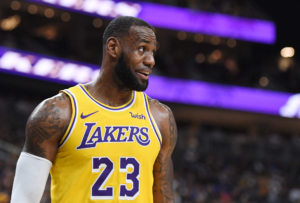 Now, he tries to lead the Lakers to the NBA Cup.

… and this year, the undisputed leader on the team with the best record in the Western Conference.

Miami has had a great season but now, in the Elite Eight, it’s big boy time. The young, upstart bunch they’ve put together in South Florida – while adding Butler – has not only over-performed expectations, but it has solidified Eric Spoelstra as an elite NBA coach. Ultimately here, they just don’t have enough to stand in front of this big, tough Lakers truck.

LA moves on to the Final Four.

In the, You Don’t Appreciate What You Have Until It’s Gone category, I have really grown an appreciation for former M’s broadcaster, the late Ron Fairly. In fact, getting his turn on the mic for Ken Griffey’s home run in his 8th consecutive game, was one of best calls in Mariners history and it was quintessential Red… 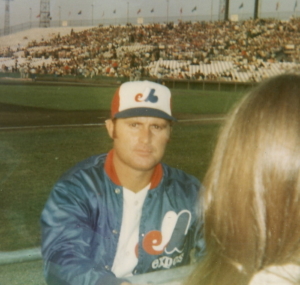 Like many, Coach Turner has come around on the old Expo.

“There it goes… see ya later… upper deck… Griffey has tied the Major League record… holy cow, the Kid has done it!”

I remember being pissed off at the time that Niehaus wasn’t on the call for that, but as I look back at it now, I absolutely love Ron’s version. It was always kind of a joke between me and my pals back in the day (as the kids say) to ridicule Red for his penchant of stating and often, over-stating, the obvious. We’d make up our own Fairly-ism’s

“That’s a good pitch right there.”

“The team that scores more will generally win the game.”

“If you want to be a big leaguer, you gotta throw strikes.”

Back then, we did it to express our derision. But my memories now, are nothing but love. In an effort to channel my inner-Red, let me spit some secret basketball insight that often goes overlooked. This is high level stuff. Try to keep up…

Sometimes the game of basketball is as simple as who makes more shots.

That was the case on March 9th when the Raptors and Jazz last hooked up. 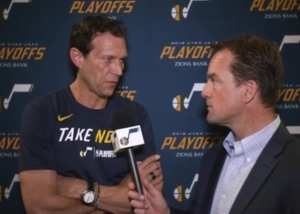 Utah lost that one, 101-92, their second loss to Toronto of the season going 0-2. The Jazz had a difficult time finishing open looks, missing lay-ins and open 3’s while shooting under 40% for just the third time all year.

Donovan Mitchell and Rudy Gobert combined for a collective 5-20 from the field with Mitchell finishing with just 11 points (13 below his average) and Rudy with five (10 below his). As Quin Snyder talked about in his post-game press conference, those missed gimmes gave Toronto easy opportunities to get run-outs – which is what they do.

Sometimes the game of basketball is as simple as who makes more shots.

Pascal Siakam has been borderline MVP-ish this season. Kyle Lowery, in basketball parlance, is a “B-word” and “former Sonic”, Serge Ibaka is a pro’s pro but I see the key to this one being 1) can Utah make shots and 2) can they keep Fred VanFleet in check.

The answer to both those questions has to be yes, in order for Utah to advance…and I think they will. Sometimes the game of basketball is as simple as who makes more shots.

141-133 was the final in double overtime back on February 13th and if that game is any indication of what we’re all in for with this one, I can’t wait. It was the second overtime game played between these two teams this season and a little bit of a coming out party for Jason Tatum that night as he scored 39 points and so many of the clutch baskets down the stretch that Boston needed to push them over the top.

Lou Williams is the three-time and reigning, 6th Man of the Year Award winner. In fact, last year, he set the NBA record for all-time points scored off the bench with 14k-plus and counting. In his 15th season, he is averaging nearly 19ppg as a super-sub for Ballmer’s Folly. 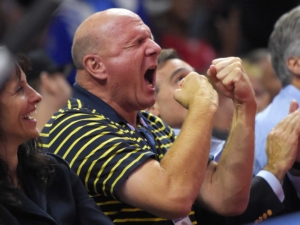 Five overtimes? 155 points? A win for the Clips? HELL YES!

I am really sitting squarely on the fence about this one. I really like the Celtics, the weapons they have, how well they are coached and the role players who are great at playing those roles within their team concept… but on the other hand, the Clippers tout a dude who just won’t be refused, as we saw last year in Kawhi Leonard and a bunch of other guys who can score AND defend. And Paul George.

This is going to be an NBA classic. Lose and go home. Win and advance. Leave everything on the floor. When all is said and done, this one will tip on home court advantage.

Those two wins were the difference in who got to host this game.

So, after another reseeding, the Final Four is set. The Pacers versus the Lakers and the Jazz against the Clippers. The LA teams both will host and the winners will move on to the final game of the NBA Cup. Rumors are rampant that the NBA will stage both games at the Staples Center on the same day. Some say a celebratory concert will cap off the day. With Coach Turner headquartered at the Salty Senorita, anything is possible.