GREAT FIRST HALF! WHY IS EVERYONE LEAVING?

GREAT FIRST HALF! WHY IS EVERYONE LEAVING?

I went to a really exciting playoff game the other night. There was a huge crowd, the game was nationally televised, and given that it was the first of November, the weather really cooperated.

The road team got the homeboys down early, and that ended up having a wet blanket effect on things as fan behavior became nervous and pensive. Then the home team came back with a pair of spectacular plays to take the lead. Pandemonium reigned in the great stadium, the noise of the crowd rising up and colliding with the confetti that fell down in celebration.

All in all, a wonderful time. Then, the clock (figuratively) hit zero, and fans did a weird thing. Despite the fact it was half time of this playoff game, everyone got up, left the stadium, and went home. Now, we’ll wait a week for the second half of the game to be played. And the second half will be played in a different stadium, in a different city almost 2000 miles away. All that enthusiasm and excitement from the first half will dissipate like the fizz in a beer bottle left out all night. Oh, sure, we can ALWAYS open another beer. But in the case of this metaphorical example we’re going to wait six days to do so.

The two leg aggregate scoring road goal tiebreaker playoff format for the middle two rounds of the MLS playoffs blunts the momentum that’s supposed to occur in any sport’s playoffs, is arguably unfair to teams that do well in the regular season, and is holding back the potential growth of MLS.

It’s time for the league to shelf the two leg playoff system (they already do for half the playoffs) and at least try a bracketed, single elimination tournament to determine the league champion.

Before the “purists” reading this get their collective hackles up in anger let’s remember that the World Cup, the Holy Grail of all futbol worldwide, is settled in this manner. Oh, sure, there’s group play. But that has the effect of a small regular season. Once the group winners are determined everyone goes head to head. The match starts, and you either win and advance or lose and go home.

Fair? How is it in any way fair for a team that has a better regular season record to start the playoffs on the road? In what other sport does that happen? At the end of the day, having a great regular season and a great record means absolutely nothing in the middle two rounds of the MLS playoffs. What’s fair is for a team that does well all season to have some sort of edge in the playoffs.

Something else that’s fair is consistency but that word gets tossed right out the window in MLS post season. First round of the playoffs? Knockout. One game. Winner moves on loser goes home. Second and third rounds? Two leg aggregate scoring. Final round, the round where all the chips are on the table? Oh…let’s go back to the one game elimination thingy.

The two leg system is not only inconsistent and unfair but it saps the sport of momentum at a time when it needs it most. 12 teams enter the MLS playoffs. In two frantic nights, four of those are eliminated. It then takes eleven days to eliminate four more, then due to the international break an insane 21 days to eliminate two more, and seven days to decide a champion. The snail’s pace of the MLS post season is akin to a fight that lasts so long no one can remember what started it.

A single elimination tournament has lots of exciting angles and obvious advantages but would not be easy to implement. TV deals would have to be altered since the current format calls for 17 post season games and a single elimination tournament with 12 teams would need only 11. But the playoffs could be expanded to 16 teams (a move that seems inevitable with all the expansion teams being added) which would provide 15 TV windows.

The point is, details could be worked out. Imagine the buzz around soccer in the USA if every game in the post season truly mattered. Last week’s action, thrilling wins over longtime rivals by DC United and Seattle and a game for the ages between Portland and Sporting KC generated the kind of buzz that should be de rigueur for every post season match.

Another note to consider about last week’s elimination games: they were all played on weeknights. This runs counter to the standard network TV practice of having big games played on weekends but in terms of carving out interest in the crowded sports world I’d be willing if I were MLS to consider playing my post season games on weeknights.

Soccer fans are going to find, attend, and/or watch the games whenever they are played. Just over 20 years in now, MLS still has to consider ways to grow and ways to attract the casual fan and should be willing to experiment with how it conducts post season. All four of this week’s playoff games, as well as most of the rest of the playoffs, will be televised on Sunday, head to head with the NFL. Soccer fans will watch. Casual fans, potential fans, curious fans. Not so much. 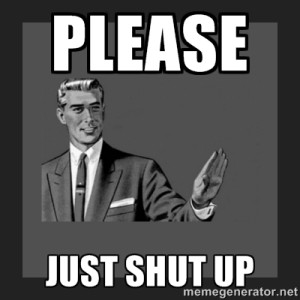 But some of those fans would definitely tune in if these matches were on weeknights when there’s little competition for sports eyeballs. It would also allow for more media coverage since Sunday and Monday media coverage is saturated with football news. Play the games on Wednesday or Thursday nights, make them knockout games, and let’s see if that doesn’t generate more buzz.  It certainly did last week.

A single elimination tournament featuring 15 knockout games that could be played in a tidy three weeks with every game featured on week night TV when there’s little competition. It’s fun to ponder what the overall effect of such moves would be be for fans, both rabid and casual. My bet is attendance, TV numbers, and overall interest in the league would all go up. And I’d argue that no matter what it’s worth trying for a year or two to at least see what would happen. You could always go back if it doesn’t work.

Best of all? Give the new system a try and for at least a while no one will be forced to listen to  or give an explanation of the road goal tiebreaker system. And everyone wins when we’re not talking about that.

Comments? Questions? Feel the need to disagree with and berate me publicly? Head to @gasman206 on Twitter.