HAWKS-NINERS: IT ALL STARTED OVER A SHARPIE

HAWKS-NINERS: IT ALL STARTED OVER A SHARPIE 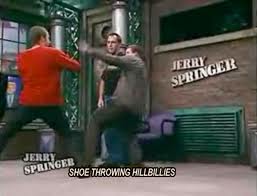 Perhaps we should have known it was going to be great from the very start. Or at least from the point when they started meeting as division rivals 12 seasons ago. The Seahawks versus the Forty Niners has developed into a rivalry that sits atop the NFL in terms of the ABC’s of such things: animosity, bitterness, and chatter. I expect the field on Sunday to resemble a Jerry Springer studio audience. It’s going to be a non-stop yap fest out there, which brings up an interesting point: this rivalry started with the written, not spoken, word.

Before they were both members of the NFC West the Seahawks seldom saw their NFL neighbors from the south. They met just six times between 1976 and 2002 and the only real noteworthy memories from those games come courtesy of two NFL Hall of Fame quarterbacks. In 1988 Joe Montana tossed four touchdowns in San Francisco’s 38 to 7 win. Nine years later Warren Moon returned the favor with four scoring strikes in a 38 to 9 Seattle win. (In that game, Moon was replaced in the second half by noted Tacoma mathematician Jon Kitna who put up this numerically interesting stat line: 8 for 8 for 88 yards.)

Then the Houston Texans joined the NFL in 2002. Their arrival lifted the league to 32 teams and owners decided to overhaul the alignment of their league. One of the more noteworthy moves involved Seattle moving from the AFC West back to the NFC West (where they had originally played one season in 1976).

That move was met with much distain in Seattle. Fans were painfully aware that the team at the time, with only three playoff wins in 26 seasons, didn’t exactly have a lot of great history on the field. Now, they felt the one bit of history they did have being ripped away-that being tremendous rivalries with Oakland, Denver, Kansas City, and San Diego. 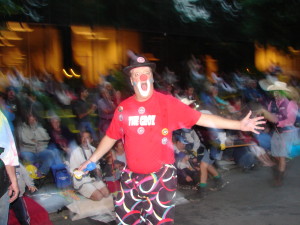 I remember my old friend and partner at the time Dave Grosby imploring fans to not be too worried about it. “I know you hate the Raiders, and the Broncos,” Groz said time and again, “but believe me if you give it time you will learn to love HATING the Forty Whiners.” Groz was coming from the perspective of a life-long Dallas Cowboys fan. Too many times he saw dream seasons for his star helmet-wearing heroes come to an end at the hands of San Francisco and he loathed the team’s very existence.

Groz was right about one thing: It didn’t take long for Seattle fans to dislike the Bay Area’s other NFL team. Monday night October 14th, 2002, the 49ers came to Seattle to face the Hawks for the first time as NFC West foes. The Hawks were off to lousy 1 and 3 start and desperately needed a win in just their third game ever at what was then known as Seahawks Stadium.

Seattle led 21 to 20 in the fourth quarter and the Hawks were driving for a game clinching score when Trent Dilfer threw an interception. A few plays later Jeff Garcia tossed a 37-yard strike to Terrell Owens for what would be the game-winning touchdown. 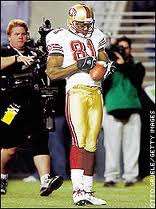 In the stadium’s north end zone Owens reached down into his sock and pulled out a Sharpie, and quickly signed the football and presented it to his agent who was sitting in one of the stadium’s Red Zone suites. That Seahawks DB Shawn Springs, whom Owens had just burned for the score, owned the suite in question made the TD and celebration burn that much more.

Truthfully, it didn’t feel like it at the time, but everyone in the stadium was witnessing the birth of a rivalry.  The unending back and forth discussion between Seattle and San Francisco fans started soon after what became known as the Sharpie game. Seattle fans branded Owens an arrogant show off while Niners fans parroted their flashy wide receiver’s assertion that he “just wanted to have a little fun out there.”

It would be nice to think that the Hawks, offended by Owens’s celebration in their brand new home, exacted revenge on the Niners later in the season. It would also be untrue. The Niners won the 2002 rematch at the Stick 31 to 24, surviving a furious 4th quarter Seahawks rally.

But starting in 2003 the tables turned. The Seahawks won six consecutive games between the two teams (and 8 of the next 10). San Francisco ended that run with a win in September of 2008. Since 2002 when the NFL placed them in the same division the teams have met twice a year with Seattle holding the edge in wins 13 to 11. 10 of those games have been settled by a touchdown or less.

With all the woofing we’ll see on Sunday it’s appropriate that the very first time they ever met as division foes the game was decided by one of the NFL’s all time mouthiest guys who, in doing so, pulled off one of his greatest stunts ever. Now, 12 plus years after that Monday night the two teams will meet for the first time in the playoffs on Sunday and here’s one guarantee:

Fans on both sides have the date circled on their calendar with a Sharpie.