MAYBE TONIGHT IS THE NIGHT YOU TRY A FEW BRUSSELS SPROUTS

MAYBE TONIGHT IS THE NIGHT YOU TRY A FEW BRUSSELS SPROUTS

Few things in life are more fun than gathering for a big meal with family and friends. It’s in our very nature as human beings to crave both food and camaraderie. This phenomenon crosses generations, cultures, and all the years of history. Since the beginning of our existence we’ve enjoyed sitting down with loved ones and having a meal. 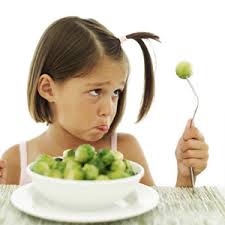 When you attend these functions there’s typically going to be several dishes of food served and chances are at least one of them will be something you don’t like….perhaps Brussels sprouts.  So, allow me to pose a few questions. When the big dish of Brussels sprouts gets to you do you loudly berate Brussels sprouts and mock everyone at the table who likes them? Do you secretly hope that the Brussels sprouts taste horrible so everyone who eats them will have a lousy time? Or do you quietly move them along to the next person with perhaps a quick line about not caring for them?

Most of us (who would enjoy being invited back to future gatherings) would do the latter. YOU may not like Brussels sprouts but who are YOU to tell everyone else at the table what they should like? Furthermore, these people are your friends and it would be basic human kindness to hope that THEY have a tasty time.

That brings us to tonight’s US Open Cup championship game between Sounders FC and Philadelphia. For many of you, soccer is the dish at the sports table that you move along to the next person. But tonight might be a night when you root for everyone else at the table to have a good time. Maybe (brace yourself) tonight’s the night you even try a small bite. Because even if you fall into the group of people who either don’t like, or don’t understand, or don’t care for soccer, you live here and you’re a sports fan so the assumption is you like it when teams from here win. 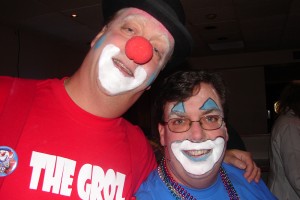 Which is something Sounders FC does on a regular basis. Tonight is the fifth time in six years they’ll play for one of the oldest trophies in American sports, the Lamar Hunt US Open Cup. You may not be glued to the tube or Ross Fletcher’s call of the game at Soundersfc.com today at 4:30 but there’s still no reason for you not to know a few tidbits about this potential addition to Seattle’s championship trophy case. I mean…you could come back from lunch looking and acting like the two bozos on the left.

Or you can come back from lunch having learned something. In the sincere hope of adding a wee bit of knowledge to your midday repast here’s some answers to a few questions you might have about the Lamar Hunt US Open Cup.

Indeed. One of the greatest sportsmen in American history. He founded the American Football League in 1960. He was a founding member of both the North American Soccer League (1967) and Major League Soccer (1996). He was an original investor with the Chicago Bulls (1966). He is also remembered with this awesome anecdote: when the AFL and NFL agreed to have their champions play in a title game it was originally called the NFL-AFL World Championship Game. One afternoon in 1967 Hunt was watching his daughter play with a small toy; a ball that bounced wildly all over the house. He asked her what it was and she replied, “It’s a super ball.” Hunt now had a name for the new game. The Super Bowl. The governing body for the US Open Cup named the trophy in his honor in 1999. He died in 2006.

So is tonight’s game a league game?

No. To understand what we’re watching tonight you have to wrap you head around the fact that soccer is different from other sports. Tournaments outside of league play are conducted year round in all leagues. Some, like the US Open Cup, are country wide. Others are regional or international. The US Open Cup is 101 years old and is a true “open” tournament. In theory, you, me, and nine other stiffs could form a team and eventually qualify for this tournament. The tournament features teams from every league (major and minor, pro, semi-pro, amateur) that plays in the USA. Seattle’s first game, back in June, was against an amateur team from California. Even though the bigger side usually wins the whole “David v Goliath” vibe of the tournament is something fans enjoy. It is, similar to the NCAA hoops tourney, a one game knockout tournament so the little guy always has a puncher’s chance. But, like the NCAA, the final usually comes down to two Goliaths as it does tonight.

Why is the game in Philadelphia?

The Union won a coin toss earlier in the summer to be the host team.

Are the Union any good?

They are a playoff caliber team from the Eastern Conference. They have home field advantage. They’ve never won a trophy in any competition so they will be sky high and a handful for Seattle tonight. The city also has a cool historic connection to this tournament as detailed in the Seattle Times today by Matt Pentz. 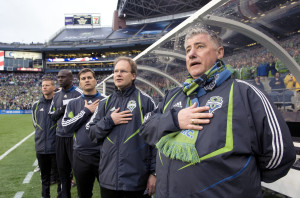 A win tonight would make 5 US Open Cups for Sigi Schmid.

Are the Sounders any good?

They are, numbers wise, the best team in their league. And they are very good in this tournament dating back to when they were still a USL club. Since joining MLS in 2009 they have played in the US Open Cup final each year but once amassing a ridiculous 20-1-3 record in Cup games. They’ve won the trophy three times and if they win tonight they would tie the MLS club record for Open Cup titles. They would also be tied for third all-time with four trophies. A win tonight also would give Sigi Schmid a record five US Open Cup titles (he won the 2001 Cup while coaching the LA Galaxy).

OK, you’ve got me interested. What channel is the game on?

Ugh. GOL TV. Which you probably don’t get. The organizers of this tournament haven’t done the best job in terms of marketing and TV. Hopefully that will improve because of all the obvious reasons. As the sport grows in America it needs to help make sure that the historic roots of the game grow as well. But there is good news on the TV front: here’s a list of bars that are scheduled to show the game today. I’ll be at the official team party at the Market Arms in Ballard. It starts at 430pm which, as I recall, is smack dab in the middle of happy hour. Which, as I recall, is something you like. After the game I’ll host Seattle Soccer Talk live from the Market Arms on KJR.

A team based in the city of Seattle, a team that always does this region proud, is competing for a championship trophy tonight. Rank it wherever you like in the Seattle sports firmament but don’t deny yourself (or others) the feeling of pride that comes with Emerald City success. It’s cool when teams from here win. It always has been and it always will be.