M’s (Sadly) In a Familiar Place

M’s (Sadly) In a Familiar Place

The Mighty Marineros went 4 and 2 last week versus a pair of teams that could meet in the World Series. That sound you just heard was a significant portion of Puget Sound sports fans shrugging their collective shoulders and offering up a quiet “so, what?”

It’s that familiar time of the season for M’s fans (at least for the past decade or so). The pessimists have long since abandoned the team for other pursuits and that’s not an unreasonable stance. But baseball breeds a weird kind of optimism in some fans; the kind that has left those of us who choose to follow that path searching (in vain so far) for some sliver of silver lining in the dark clouds that perpetually plague this franchise.

In my years as a radio talk show host in Seattle this was the time of year I’d get the most feedback if I dared say anything positive about the M’s. Most of it centered around the belief that by being positive I was nothing more than a paid shill.

Believe what you want but my decision to attempt to find something to latch onto with this franchise comes from a simple inarguable truth: winning is more fun for everyone in the community than losing. Anyone who needs evidence of that fact need only gaze towards the City of Destiny where 7000 fans attended a softball game yesterday put on by the Seattle Seahawks chief practitioner of exhortation. Richard Sherman’s event featured many NFL players, tailgating that started at 8am, and a celebrity ref/ump according to details provided by the Seattle Times NFL guy (and recent inductee into the half century club) Bob Condotta.

Kudos to all involved for a great event but ask yourself this: what kind of crowd would a similar event held exactly 10 years ago have drawn? In July of 2003 the Seahawks had gone 19 years without winning a playoff game. It would be two more years before they’d actually win one. In 2003 they’d been to ONE playoff game in 15 years. Dare to say 7000 fans would not have attended a Seahawks charity softball game in 2003.

It’s hard for some fans to remember but the Hawks of 2003 were in a very similar situation to the M’s right now. Year after year of bad product on the field had taken a toll. Games, once routinely sold out, were often blacked out due to a lack of ticket sales (three games in 2002 fell into this category). Fan interest was tepid at best and the organization was a mess as Bob Whitsitt and Mike Holmgren battled one another for control of the franchise; a battle Whitsitt eventually lost.

To those who have joined the Seahawks bandwagon in the past decade you may not believe this but in the summer of 2003 they were every bit the local sports punching bag that the Mariners are now. What changed that isn’t some magic formula that transformed the team from a pushover to a powerhouse. 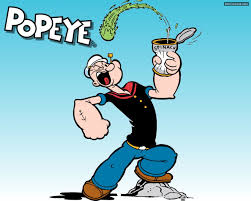 The Seahawks simply started winning games. Better decisions led to better results and now, a decade later, the Hawks rule the roost in this town because winning is more fun than losing.

Which brings us back to the idea of trying to draw optimism from the M’s very short run of success this past week. Justin Smoak is finally starting to connect ash to horsehide on a regular enough basis that you can see where he might work out. Nick Franklin is teasing us with the potential not seen from a young M since…uh…Dustin Ackley two years ago. Brad Miller looks like a find at shortstop. Third base is manned more than capably by the best player developed in the Jack Zduriencik era, Kyle Seager. Mike Zunino is typical of a young catcher, certainly a rough spot here and there, but he should get nothing but better with continued playing time.

The outfield is a disaster, more because of injury than a bad plan. The aforementioned Ackley hasn’t wowed anyone yet in CF and there’s no way Zduriencik’s oft referred to “plan” included Raul Ibanez and Endy Chavez manning the corners. The pitching includes two all stars at the top of the rotation and a huge amount of talent in the minors.

And again, a collective “so, what?” is heard. We’ve been down this road so often we know every twist, turn, and pothole that awaits us. For at least one more season M’s fans are left to hope that the second half will produce a flicker, a spark, some discernible proof of improvement among young players that will allow you to believe that maybe, finally, they are on a path to being good again.

They are in an interesting place. The average age of the five guys in the infield is under 24 years old. The silver lining available to those who want to consider it is the idea that we could see this group over the next three months develop into the core that brings the M’s back from their permanent home on the edge of the abyss of irrelevance.

Combine that idea with the fact that the M’s have not in recent memory had so many interesting chips to push out into the center of the table as the trade season looms. Ibanez, Kendrys Morales, Jason Bay, Brendan Ryan, and Joe Saunders are all guys who might interest the right team. Maybe there’s a future David Arias or even a  Shin Soo Choo out there the M’s could pilfer off the roster of a team desperate for help. Because despite what Jack Z told Larry Stone in Sunday’s Times it’s time to start considering reasonable offers.

It all sounds familiar, doesn’t it? The majority of sports fans already pining for football season to start while a handful cast an eye towards the second half of the M’s season and reflect on what it was like in this town between 1995 and 2003 when the Mariners were good and played before huge crowds every night in games that mattered. That’s what fuels my optimistic attitude towards this team. Not a regular paycheck from the M’s, not an unyielding belief that Jack Z and Wedgie are geniuses, not an unshakable faith that Justin Smoak really can develop into a slugger.

My optimism is rooted in the silly folly of hope that the sport of baseball breeds. My hope is that somehow, someway, after a decade of darkness the M’s could get back on the path they once walked with confidence. The path of winning. Which, as Richard Sherman could tell you, is more fun than losing.

After a week when they won back to back series against legitimate contenders the M’s come home for seven games before  the all star break. They’ll face the best team record wise in the AL in Boston followed by an Angels team that has woken up this month and will make a run in the second half. Can the M’s add a little fuel to the puny fire they started last week? Maybe. Or maybe we’ll all be here next Monday headed towards a place we know well. The bottom of the canyon. 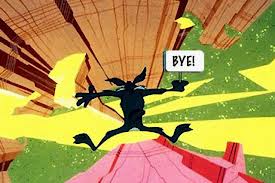 Questions, comments, or concerns can be posted below or emailed to me directly at gas@gasman206.com