The first-ever NBA Cup, deemed necessary as a way to get the league going again after weeks of no games, has captured the imagination of basketball fans everywhere. Or at least basketball fans who read this story. For the uninformed, the single elimination bracket tournament began last week. The Bucks and Lakers both received byes into the sweet 16 while the other 28 teams slugged it out in a series of memorable first round games about which you can find details here and here. If you need to go back to the very beginning, you can get details on this sensational idea right here.

Rick Turner, who in another life was a producer at KJR Radio, has taken time away from his busy schedule as head coach of the Jamaican National Basketball team to dope out how these games might play out. You can follow Coach Turner on Twitter right here and on Facebook here. In the spirit of killing time, I’m sure he’d love to virtually debate the virtual results of virtual basketball games with you. Every word below is his except photo captions. Here’s how he sees the top half of the bracket playing out in the round of 16. 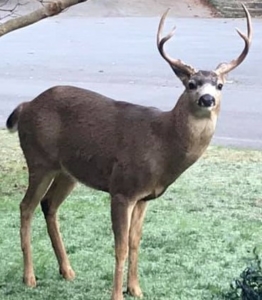 Actual buck in front yard of actual creator of the NBA Cup.

A couple divisional foes match-up in the NBA Cup’s Round of 16.

They say familiarity breeds contempt, but the Bulls have really been nothing more than a lap dog, laying comfortably at the feet of the Central Division champs for three straight seasons. In fact, the Bucks have won 10 in a row against their neighbors to the south, including all four this season by an average of over 14 points per game.

Chicago needed – and got – a big effort off the bench from Kris Dunn in their tourney opener against that one team (from that one state who had a musical named after it back in the 50’s), with 24 points on 6-8 shooting from the three, but it will be another Kris-with-a-K, Milwaukee’s Khris Middleton who will make Coach Boylan’s boys pay for swarming all over the league’s reigning MVP, Giannis Antetokounmpo.

It’s been said that, history is entertainment for the wise and a confirmation for the doomed.

Sneaky good vs Hit you over the head good.

The Heat have surprised many this year, possibly even themselves included, and much of it can be traced to the continual breakout of big-man Bam Adebayo and unexpected leadership of Jimmy Butler. Unexpected is my word.

The only things I knew about Jimmy Butler was what I read while he was in Chicago, Minnesota and Philadelphia… and I suppose that is still true. But, there is no denying the bad-assery that he

Sorry, James. You and the Rockets are OUT. Photo USA Today.

has brought to this Miami team – a team that definitely plays with a word my daughter says I’m not allowed to use… swagger.

Obviously, Houston has swagger too, but to my eye, it’s a different kind.

Scott Skiles played for Michigan State in 1986 when they faced off against Washington in the first round of the NCAA Tournament, Midwest Regional, Dayton, Ohio. As the teams came out for the center tip to start the game, Skiles strutted up to Washington guard Al Moscatel, leaned in and said “I’m gonna give you 40 tonight.” He didn’t quite get 40. But he did give Al and the Huskies a heartbreaking 31 (without the three point line) in a 72-70 Michigan State win.

That’s the type of swagger Houston has.

In the Eastern Conference locker room, before the 1997 NBA All-Star game a conversation erupted between Atlanta’s Dikembe Mutombo and Michael Jordan. Mutombo told anyone who would listen that Jordan had never and would never dunk on him. Ewing was there, Pippen was there. Mutombo went on and on about it. Mike didn’t like… and on March 15th, when Atlanta paid a visit to Chicago, Michael remembered that conversation, took a pass from Luc Longley, went baseline and hammered one down on Mutombo. Then he stood and wagged his finger.

That’s the type of swagger Miami has. 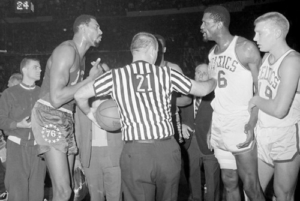 This is not Wilt and the Sixers vs Russell and the Celts. But if it was, hoo boy.

This is where I’m supposed to talk about the epic Eastern Conference battles of years-gone-by for all the old guys in the audience.

I’m supposed to remind you that although the rivalry didn’t start in 1965, it became ubiquitous when Johnny Most described to us how “Havlicek stole the ball!” in Game 7 of the Eastern Conference Finals to snatch the series from Wilt and the Sixers and propel Boston to their 6th of 8 straight NBA Championships – only to be stopped in seeking their 9th a few years later… by Philadelphia.

I’m supposed to talk about Bird, Parrish and McHale butting heads with Julius, Moses and Barkley back in the 80’s. Or Allen Iverson mixing things up with Paul Pierce to start the new century.

This is where I’m supposed to tell you that dating back to 1953, these two teams have met 105 times in the post-season and that the Celtics hold a series lead in those games of 58-47. The last time they got together was just a couple of years ago when Boston handled the young Sixers, 4 games to 1.

The teams look pretty similar to their 2018 selves with two big exceptions – the Celtics have added Kemba Walker and Gordon Hayward.

Philly holds a 3-1 season series advantage against the C’s this year, but Boston was just starting to find itself when the plug was pulled on March 11, having won 13 of 19 and two of those losses coming in overtime.

Celtics coach Brad Stevens is perfect for current times like these. Even-keeled, unflappable, clinician-like and his team reflects that personality.

The Sixers have been consistently, inconsistent for most of the year and that usually isn’t a great recipe in stressful times.

Depth is the difference here.

Yes, the Blazers will have Nurkic back.

Yes, the guard tandem of Damian Lillard and CJ McCollum is terrific. 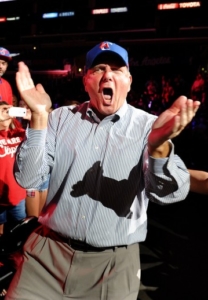 The Clippers have had some bad losses on the schedule this season – Atlanta, Phoenix, New Orleans (when they were bad) and San Antonio all exacted a piece of flesh off of the Clips this this season. However, each of those were played without Leonard, George, Beverley, Shamet or a combination of them all. All four of those guys will take turns on Lillard while Sweet 6th Man, Lou Williams will likely chase down CJ.

The Blazers would need Dame, CJ and Melo to find another stratosphere – and anything can happen in a one-game series – but the chance to see relentless, awkward, Michael Scott-esque, network shots of the Clippers’ owner losing his – ahem – “S” is worth everything.

You can bet Steve Ballmer will be courtside again for this one. And you can set the o/u on Ballmer cutaway shots at about 305 – it never gets old (insert eye roll emoji). Can’t wait for more of the same in Round Three (insert sarcasm emoji).

BOTTOM HALF OF THE BRACKET GAMES WILL BE POSTED ON TUESDAY MARCH 31st!