NHL NOT LIKELY IN KEY ARENA

NHL NOT LIKELY IN KEY ARENA

I first fell for the sport as a kid listening to Chicago Black Hawks games on the radio. Most kids hate going to bed particularly on Sunday night. But as a 10 year old I used to look forward to it. By 8:30 I’d be in bed, radio tuned to WMAQ with play by play man Lloyd Pettit on the call. Chicago seemed to play every Sunday night and I listened whenever they did.

I didn’t see the sport live until I was 14. But I was there on opening night for the Indianapolis Racers and I was hooked from that point on. 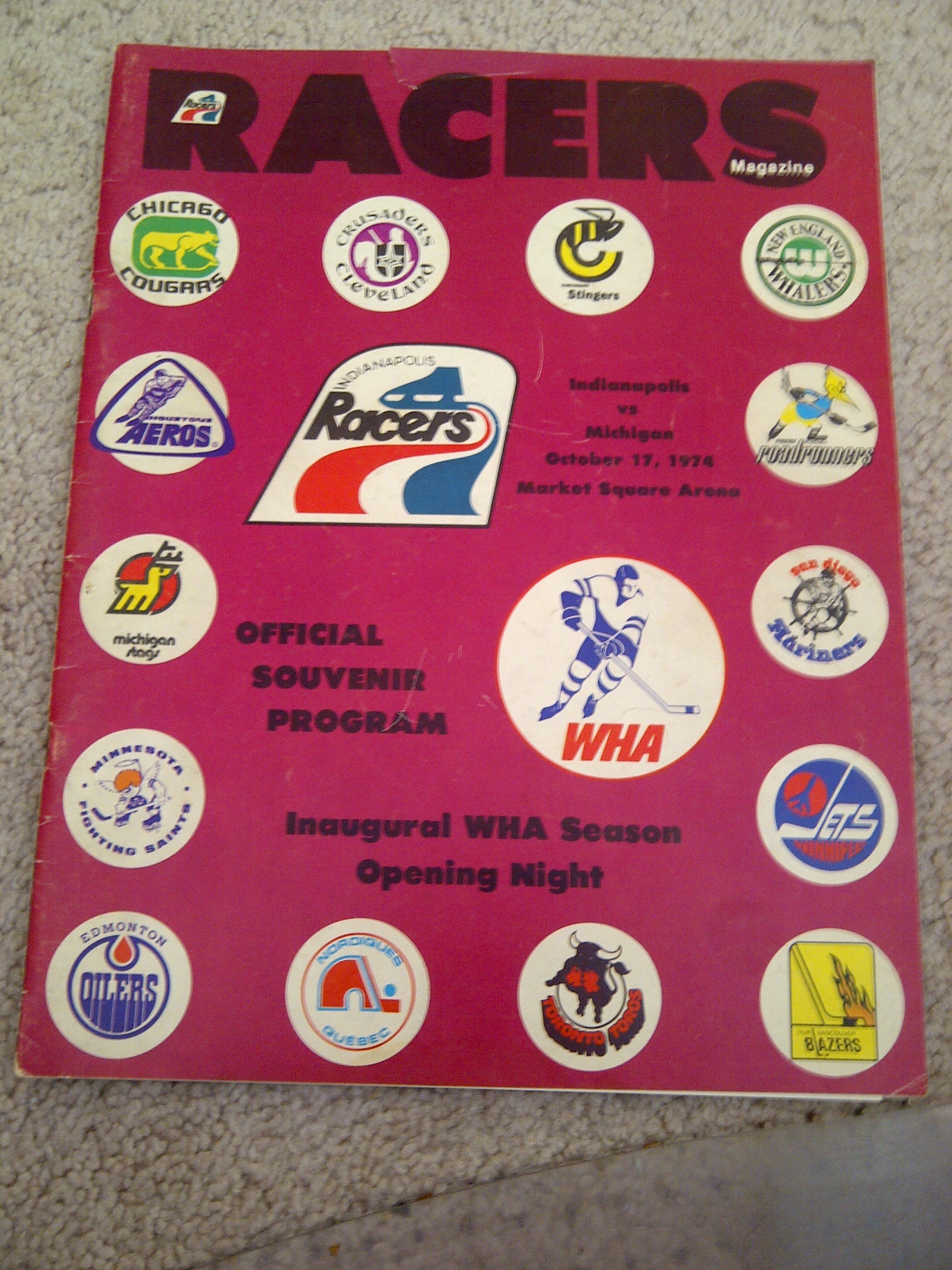 It still boggles my mind that in their final days before going under in 1978 they released Mark Messier and sold Wayne Gretzky.  Here’s Gretzky’s first professional goal. A great shot in front of a full house of appreciative fans.

About 2 weeks later the Racers owner sold Gretzky to his friend and business partner Peter Pocklington who owned the Edmonton Oilers. The Racers folded 2 months later. I imagine a world where Messier and Gretzky would have teamed up to win Indy a bunch of trophies. Oh, well. Sometimes in sports (and life) it’s fun to dream. Reality doesn’t usually match up.

Hockey fans in Seattle have been dreaming of late of an NHL team in the area as soon as this fall. I hope I’m wrong here but I don’t see any way that’s going to happen.

The Phoenix Coyotes have been a mess almost since they arrived in the desert 15 years ago. They played in the Suns arena…a building not designed for hockey and featuring several thousand obstructed view seats. I went to a game there once and it was wild watching fans in one end zone keep their eyes on the ice until about the time the puck crossed the blue line…then…like the back and forth action at a tennis match…they would all in unison look up at the big screen TV hung from the roof to continue following the action. The Coyotes eventually got a hockey building built in Glendale near where the Mariners train. The building is so far from the population base of Phoenix that attendance has been a constant problem. The Coyotes declared bankruptcy in 2007 and the NHL has owned the franchise since 2009.

A friend of mine with NHL connections tells me it’s highly unlikely the team would relocate to Seattle but points out that with the unmitigated mess the league has created in Phoenix, anything is possible. But a move to Seattle? That seems far fetched.

The city does not have an acceptable building. Key Arena was not built with the NHL in mind. Conspiracy theorists pose that then Sonics owner Barry Ackerley purposely designed the arena to keep hockey out. This overlooks two rather pertinent facts.

1. Ackerley tried to get a basketball/hockey arena built in SoDo in 1991. He was shut down when the city refused to do a deal with him. The Key Arena re-do became the back up plan and was done at an agreed upon cheap cost that prevented expansion of the footprint necessary for hockey.

2. There has never, in my 2o plus years here, been an owner willing to publicly commit to bringing the NHL here. And commit not just verbally but more important commit financially. You can’t have a team without an owner. If in the period between 1991 (when the Ackerley Arena proposal was nixed by the city) and 1994 (when the Key Arena plan was approved) a deep pocketed hockey owner had stepped forward then Key Arena could have been built to accommodate both sports. When no one did the city, to keep the cost of the remodel down, agreed to keep the building’s footprint the exact same size as the old Coliseum. That negated hockey then and still does.

To be clear, a rink will fit in Key Arena. But a part of it sits under the overhang of the end zone seats at the south end. The building seats anywhere from 11,000 to 15,000 for hockey but many of those seats are bad with obstructed views of the ice. From the website sciencewitness.com here’s a photo of what the building looks like.

With other arena ready options available in  Quebec City (opening in 2015), Kansas City (ready now), or  staying in Phoenix, (still possible) it seems highly unlikely the league would move the team to Seattle to play in a sub par building especially when the proposed new Seattle arena is still just that. Proposed.

People who trot out Everett or Kent as locations apparently are unaware that those two buildings both seat under 10,000. Not going to happen. The Tacoma Dome? 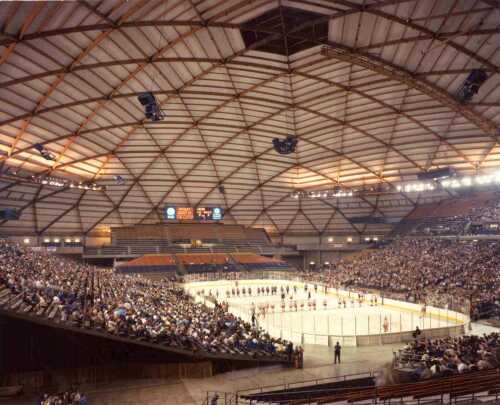 Let’s see…no suites and no club seats for starters.  The Tacoma Dome also offers the unlikely supposition that fans will pay major league prices to sit in bleachers.

I spoke with my friend Ian Furness yesterday about this and he and I are in the same boat. We’d both love the sport to come here but this scenario just doesn’t pencil out. Ian rightly points out that among other things a new team would have about 3 months to get  a practice facility built. In process mad Seattle it’s laughable to think something like that could be accomplished in 3 months. Even if this deal did work out…you’re getting a struggling franchise playing in a bad building. Is this the way to introduce the NHL to Seattle? No.

As stated, I love hockey. I paid $1200 for two tickets to the fifth game of the Stanley Cup finals two years ago in Vancouver. That got me seats in the second to last row. It remains one of my all time favorite games. I’d love to be able to attend games in Seattle and maybe some day that will happen. But for all the media hype surrounding this story it doesn’t make sense on too many levels.

Finally, there’s been a lot of chatter about the NHL is just “using” Seattle the way the NBA did.

While that thought plays into the victimization card that some Seattle fans ceaselessly love to play it doesn’t hold water. If I tell you to meet me at 3am this morning on the 520 bridge because I’ve got a bag of cash for you…and you go…and I don’t show up…did I use you?  Or are you a fool?

Common sense should tell you that the NHL is an absolute long shot here right now. That all could change if construction on the new arena gets started. But until then, anyone who buys too deeply into this story cannot then complain that we were “used”.