THAT’S LIFE? TO HELL WITH YOU OL’ BLUE EYES

THAT’S LIFE? TO HELL WITH YOU OL’ BLUE EYES

Twenty years ago next spring Seattle sports fans attended a most awkward going away party at the Seattle Center Coliseum. A decision had been made to remodel the building once the 1994 NBA Playoffs concluded. Fans were rightfully optimistic that the project wouldn’t begin until late June; AFTER the top seeded SuperSonics rolled to an NBA title.

Instead, work would begin in early May after the Denver Nuggets and Dikembe Mutombo finger-wagged them out of the post season in a shocking first round upset. 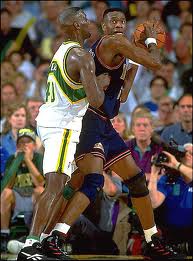 Fans straggled out of the old barn in a collective state of shock, some laughing bitterly as they heard Frank Sinatra crooning “That’s Life” on the PA system. “Riding high in April,” Ol Blue Eyes sang, “Shot down in May.”

The conclusion of the 2013 Sounders FC season was not as sudden or dramatic as the 1994 Sonics. But it was equally disappointing from the standpoint of a fan base that was sure, just certain, that their team would at least PLAY for the MLS Cup. But unlike Sonics fans in 1994, who had their hopes dashed in a brutally swift five days, Sounders fans were made to suffer over six long weeks watching the life slowly seep from this team.

Without question it is the worst collapse of a Seattle team since the Sonics blew that two games to none lead two decades ago. What strikes me is how utterly feckless this team was down their miserable home stretch.

When Tim Cahill scored a goal in the 76th minute for the New York Red Bulls on that horrible rainy last Sunday in September to tie the match at one apiece it started a stretch of soccer that from a strictly mathematical perspective seems impossible. 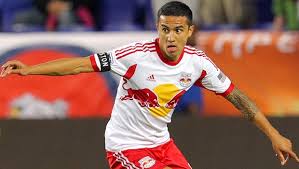 The Sounders didn’t know it at the time but when Cahill found the back of the net their season had just 771 minutes left. Improbably they would hold the lead in just 115 of those minutes. 85% of the time they played after Cahill’s goal they were either tied or behind. Rooting for them became an exercise in hopelessness. They never seemed to have the lead and indeed almost half the time they were behind.

This was a team that on September 13th had the best record in MLS and with the newly acquired Clint Dempsey seemed poised to deliver a title to their rabid fans. That they didn’t do that is not all that shocking. That’s sports. It’s unpredictability is the major reason we are so passionate about it. But the WAY it ended, this team that looked so powerful at the end of summer taking a long, meek, slide into mediocrity will remain in our minds forever and evoke a question that will be long asked and debated. What in the hell happened?

There’s no answer to that one. There will be no shortage of theories some carrying more weight and common sense than others but in the end this collapse will never be completely explained or understood. It’s too bizarre.

One quick fix idea offered up from many fans is to fire the coach. In that regard this story again draws comparisons to the 1994 Sonics. A huge percentage of fans wanted George Karl’s head in a bowling ball bag after the Nuggets fiasco.  Many Sounders fans want a similar fate for Sigi Schmid. 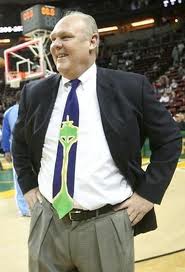 They are not without facts and reason in their argument. But it’s worth remembering that this franchise has enjoyed a tremendous amount of success under Schmid. They haven’t accomplished the ultimate goals fans (and ownership) expect but under Schmid they’ve always been in position to do so. It might make sense to focus on that when considering his future.

Being frustrated with this season’s result is understandable. But sometimes when teams boot out a successful coach they can find it difficult to maintain the success they’ve been enjoying. Not always, mind you, but ask Sonics fans about firing a coach who “can’t get you to the next level.”

They did that with George Karl in 1998. And after they made the playoffs in each of Karl’s seasons as head coach they subsequently missed the post season in six of the next nine years.

Schmid has done enough over five seasons here to earn a chance to fix the first real disaster in his tenure.

A reminder the book is available via the green “order your copy here” link above and to the right on this page.

It’s also available at both Sounders Pro Shop locations and at two great book stores: Page 2 Books in Burien and Third Place Books in Lake Forest Park. I’ll be at both of those places on Saturday, November 16 at for selling and signing events. Burien at 1:30pm and Lake Forest Park at 6:30pm.

If you’ve read the book I’d appreciate it if you’d share your thoughts on it by posting a review on Amazon.