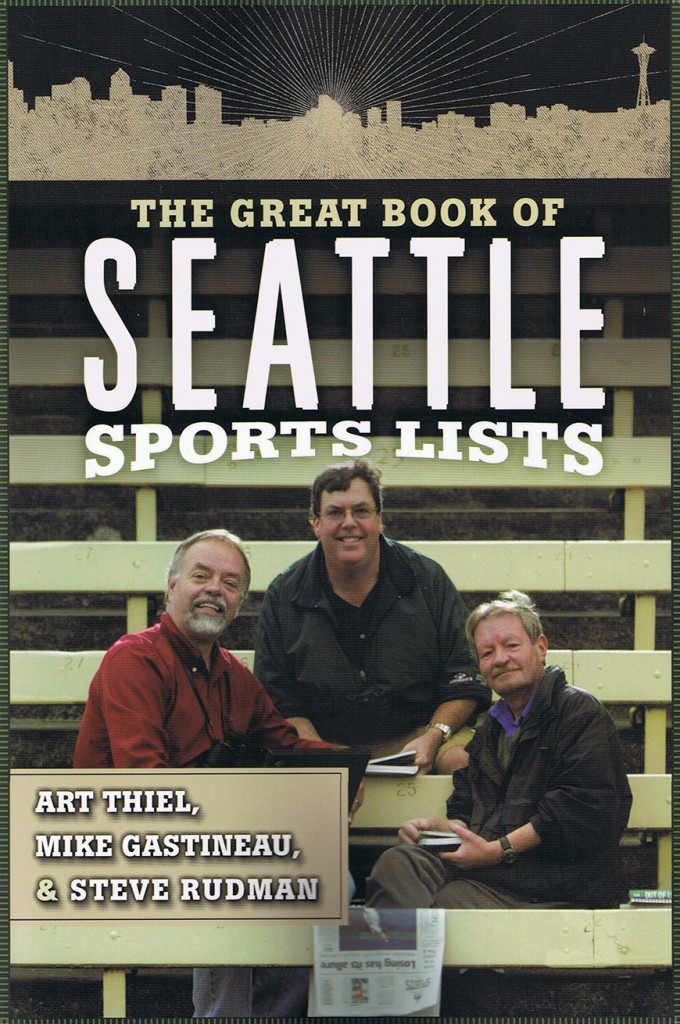 Seattle sports fans have done and seen it all. Champions. Losers. And everything in between. This book, published in 2009, chronicles the good, the bad, and the ugly of the history of Seattle sports. Over 80 lists compiled by the authors are combined with 40 lists by Seattle sports celebrities with the end result being an entertaining, anecdotal history of Seattle sports. Fred Brown gives eight reasons why the 1979 SuperSonics won the NBA title. Don James lists his toughest coaching opponents. Mike Holmgren talks about his battles with NFL officials. The Voice of the Mariners Dave Niehaus lists his favorite baseball moments. Local broadcasters Dave Mahler and Jim Moore debate the pros and cons of UW vs WSU. The book ends with definitive list of the 100 greatest athletes in Seattle history.

The book is available now.

Along with co-authors Art Thiel and Steve Rudman, Gas has compiled a compendium of the good, the bad, and the ugly of the history of Seattle sports.

About The Book
Buy Your Copy