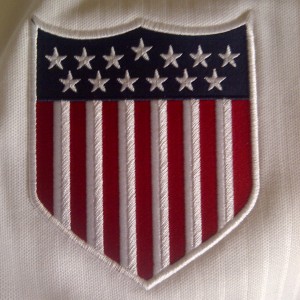 If Jurgen Klinsmann were a stock I’d be on the phone to my guy asking him how long we’re going to hang on to him.

The man who makes $2.6 million dollars a year to coach the United States Men’s National Team continues to behave like a child in the back of a car on a long trip…saying and doing things without much regard for how they’ll affect others and when checked on any of it blurts out “it’s the truth” as a defense. Does this sound like a good quality for a leader? Klinsmann’s latest bellow from the back seat came this week with his claim that US players (like Michael Bradley and Clint Dempsey) who leave overseas leagues to play in MLS have trouble maintaining their level of play. The insinuation was obvious: The MLS is an inferior league and Klinsmann’s belief is players who choose to play there will ultimately suffer from the lack of competition. “That’s just reality,” Klinsmann said. “That’s just being honest.”

If we’re going to continue in that vein…statements that feature reality and honesty then let’s make this one: Klinsmann’s statement is a good, solid, CYA move in advance of any USA team loss in the next few years. It certainly won’t be the coaching that causes the next USMNT defeat. Oh, no. It’s the inferior competition of MLS that’s holding back the growth of the team. Taking his logic one step further (and admittedly twisting it a bit) one could conclude that whoever the poor sap is who’s unfortunate job it is to coach the USMNT is not really striving to reach the pinnacle of his chosen profession. How else to view a guy who chooses to coach a national team made up partially of players who play in a sub par league?

It’s the third time recently that Klinsmann has stirred things up a bit with either words or actions. Last December he told the New York Times that the USMNT “could not win the World Cup. Realistically it is not possible.” The statement was both true and utterly unnecessary at the same time. American soccer fans aren’t idiots and most of them know the score concerning the Yanks in the World Cup. That said, Klinsmann has lived in this country long enough to know how American sports fans feel about a coach who admits defeat before the competition even starts. A cynic might (again) put this comment in the CYA section; we can’t win, so you can’t criticize me.

With the way the sport has grown here since 1994 the attitude of the coach, players, and management of the USMNT should be that we can compete with any team we play. There. You’re not guaranteeing a victory. But you’re not admitting hopeless defeat.

Then, in May, Klinsmann made what appeared to be an unnecessary (there’s that word again) hurried and unilateral decision to cut Landon Donovan from the US team in advance of the World Cup. Forget for a moment whether you agreed with the decision or thought it was the right move to make. Those points are somewhat debatable. What is not debatable in even the slightest way is that Donovan, who did an incalculable amount of good for USA soccer both on and off the pitch in his remarkable career, deserved far better than the shabby treatment with which his dismissal was handled. One day, Klinsmann says he’s not ready to settle on a roster. The next day, he cut Donovan (and reportedly did so without consulting anyone else involved with the USMNT). That Klinsmann’s son then piled on Donovan with a Twitter blast mocking him for being cut was shameful. One of the best and certainly the most recognizable soccer player in US history; his departure from the national team reduced to gallows humor side show status by a coach (and son) who arguably had a personal agenda.

Now, we’ve got Klinsmann taking unnecessary verbal swipes at MLS. League commissioner Don Garber was correct to fight back on behalf of his owners, teams, players, and fans. For Klinsmann to insinuate that guys who want to play in MLS are doing damage to their careers and to the progress of the USMNT was a statement that deserved a response of the kind Garber gave. Too often in this country soccer becomes soccer’s own worst enemy in the effort to grow the sport, to move the ball up the pitch, if you will. Here MLS is trying to market and present itself in the best light possible in advance of the post season and the coach of the American team goes out of his way to dump all over it.

Klinsmann doesn’t have to promote MLS but is it one of the responsibilities of the USMNT coach to help advance the sport in the USA? For $2.6 million dollars it damn well better be. How, in any way, in these instances was Klinsmann doing anything to advance the sport in the US? The message from him is clear: we can’t win on the international stage, give your life to the sport and we’ll treat you like a bum at the end, and our national league sucks. There. That’s the succinct summation of his beliefs and actions in these three stories.

Great leaders are judged not only by their actions but also by the words. Klinsmann needs to think about this as he moves forward because with the kind of leadership he’s showing here he’s right about one thing: we don’t have any chance of winning big matches. That’s just reality. That’s just being honest.