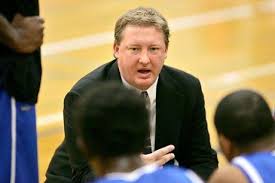 From KJR producer to head coach of the Jamaican National team. Rick Turner.

Congratulations! You’ve found the final seven games of the first round of the wildly popular NBA Cup. These game results have been created, curated, and castigated by Rick Turner who is the head coach of the Jamaican National Basketball team. Rick is a former colleague of mine at KJR. He became a basketball coach years ago and wrote an outstanding book about his coaching life titled, “If My Name Was Phil Jackson…Would You Read This?”

Need to catch up? Details on the NBA Cup are right here. Other first round game wrap-ups are here. Every word below except the photo captions belongs to the coach. You can follow him on Twitter right here and on Facebook here. I’m sure he’d love to virtually debate the virtual results of virtual basketball games with you.

The Bulls draw the team that plays in that state north of Texas that shall forever remain nameless. Call me petty, call me misguided, but the wound will never heal. If anyone tries to claim that this 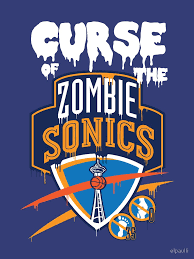 This sensational photo is from the Lawyers Guns and Money blog.

is a rematch of the ’96 NBA Finals, I’m going to lose it like Lou Piniella did on CB Bucknor way back when Seattle still had a basketball team.

The Bulls are 0-2 against this said team, losing by 3 on the road and by just 2 at the house Jordan built. This game will be played away from Chicago’s other friendly confines, but let’s face it, it’s

not like they have to travel and play at the Key Arena. Beyond that, Seattle is represented nicely right now with the Bulls by Emerald City native and leading scorer, Zach Lavine. Insert a lively rookie, Coby White into the starting lineup and the Bulls have a couple of guards who can cause problems. As they say come tournament time, you got to have guards to win.

The Bulls play a disruptive style of defense that despite their record can cause some problems especially in a one-and-done scenario. They lead the league in opponent turnovers and if Lavine gets loose, could be a tough first round match-up.

The team the Bulls are playing have had a lot of great come from behind wins this season and Chris Paul has proven to be clutch, but the layoff causes that magic to rub off and the basketball gods are fully awakened here.

Compelling isn’t the first word that comes to mind when I think about this match-up. Or should I say, mis-match-up.

Houston is at the top of the league in most offensive categories while Charlotte finds themselves near the bottom of most defensive measures.

The Rockets are certainly challenged on the defensive end, especially since pushing all-in on “small ball” at the trade deadline but their defensive deficiencies shouldn’t be a problem against a Charlotte team who boasts Devonte Graham as their leading weapon.

I’m bullish on Houston in round one but my inner-bear comes out moving forward. 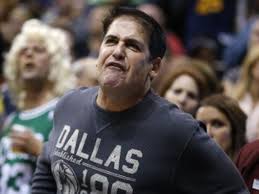 I’m not sure what the owner of the Mavs is saying here but it begins with an “f”.

These two teams opened the season together with Dallas winning at home 108-100 and Washington returning the favor with a 119-118 one-point victory in February.

One of the great things about this tournament is that given the long break, nearly every team comes into it at full strength. While the Wizards were able to sneak a one-point victory against the Mavs in their last match-up, Dallas played that game without Luka Doncic who was out with an ankle injury.

Anytime you have Bradley Beal on your side, you have a chance, and this is no different here. But the Wizards have had an issue with consistency all season and the lack of continuity on the defensive end is just too much to overcome.

Doncic, Porzingis and nice contributions from the bench gets Dallas off to a good tournament start.

In their only meeting of the season, the Pacers blew out the Suns in Phoenix by 25 points, just a day removed from taking a 30 point beat down at the hands of the Jazz. And so goes the NBA. 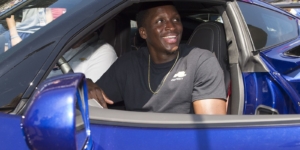 Here is a photo from the Indy Star of Victor Oladipo preparing to drive the pace car to start the 2018 Indy 500. He did this because he is a bad ass.

Phoenix has some nice pieces and, on paper match-up nicely with many teams in the league. But for whatever reason – injuries, familiarity, experience, fill-in-the-blank – they haven’t been able to

put it together. I would expect that Bahamian baller Deandre Ayton and possibly even Frank Kaminski will be at full strength and we know Devin Booker and Kelly Oubre can each be handfuls so our favorite Sonic, Nate McMillan’s squad will get everything they want from this frisky bunch.

The Pacers’ welcomed back Victor Oladipo late in the year and he has had that much more time now to get that quad/knee back and closer to fine. With double-double machine Sabonis having an all-star year and Myles Turner lurking around and protecting the rim, this is a fun match-up.

Even though Indiana goes against the current NBA style of bulk three-point shooting (they’re last in the league in 3pt attempts) they make them at a decent clip (36.3%, 12th in the league). The difference in this game will be the home court advantage and I think this will be the best game of the first round. Somehow, former Husky Justin Holiday will figure in the outcome here in a positive way. 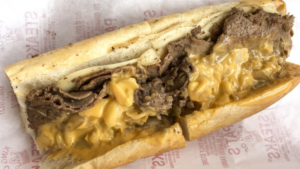 Whether you consider yourself a Geno’s guy or a Pat’s guy doesn’t matter, because any home cooking seems to work fine for the Sixers who haven’t lost a game while sleeping the night in their own bed since before last Christmas. Winners of 15 straight at the local Bank-Sponsored Arena, the Sixers duo of Joel Embiid and Ben Simmons have been as difficult for opponents to choose between, as the aforementioned cheesesteaks.

The Spurs, on the other hand, are caught between a couple of their own proven veterans in DeMar DeRozan and LaMarcus Aldridge, and a youth movement brought in by Dejounte Murray and Derrick White.

Even though Philly doesn’t shoot it great from long-distance, they have enough weapons here to send Pop home early.

A couple of exciting teams for the future of the league. Albeit not members of the NBA’s elite strata, both of these teams offer a glimpse at some excellent young stars.

The Kings took three of four from the upstart Grizzlies this season and in a game where matchups are king, the Kings have the matchup.

Sacramento has more fire power and with Fox, Buddy Hield (from the Bahamas) and most notably Bogdan Bogdanovic on the floor, have a plus-2.1 point advantage per 100 possessions. Even more interesting however is when the explosive Fox is off the floor and Hield/Bogdanovic remain, the Kings are plus 9.7. Good days ahead in Memphis but this one belongs to Sacramento.

Something about New York City and controversy with their basketball teams, seems to go together these days like Madison Prewitt and Peter’s mom Barb.

The Brooklyn Nets are without Kevin Durant, without Kyrie Irving and now without a head coach. All of which could change by the time the NBA Cup’s first-round tips off…but without knowing the Nets are clinging to hope on the backs of Spencer Dinwiddie, Chris Levert and Taurean Prince.

The Pelicans, on the other hand, are seemingly the new darlings of the NBA. Almost entirely because of the broad shoulders of Mt. Zion.

New Orleans certainly has an offense that can compete with most in this tournament, but the question is, how far will their defense be able to take them?

Working off the Nets in their current state, the Pelicans advance in this one. 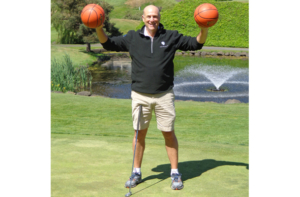 Blazers yakker Kevin Calabro is a little unclear on the rules of golf, but he knows hoops. Photo from Inside Golf.

Our friend Terry Stotts didn’t have the season with the Portland Trailblazers that he or anyone else south of Kelso, WA expected. But with a roster in flux all season and without the valuable Jusuf Nurkic all year, the Blazers were a shell of their 2018-19 selves.

Orlando finds themselves in NBA no-mans-land. Good enough to not get better through the draft, but not good enough to truly compete. Basketball purgatory, the NBA fans worst nightmare.

This little unplanned break could be just what the doctor ordered for Portland however as they get time to actually find some health.

Although Rodney Hood won’t be available, it’s very likely that the Blazers will get Nurkic and Zach Collins back, as well as allow Dame Lillard to fully recover from a groin injury that limited him earlier.

The timing could be right in Portland.