After a few weeks off to celebrate the arrival of a snappy new single called “Mind Your Manners”,

the announcement of the first new album in four years called “Lightning Bolt”,

and a gig at a little club in Chicago, 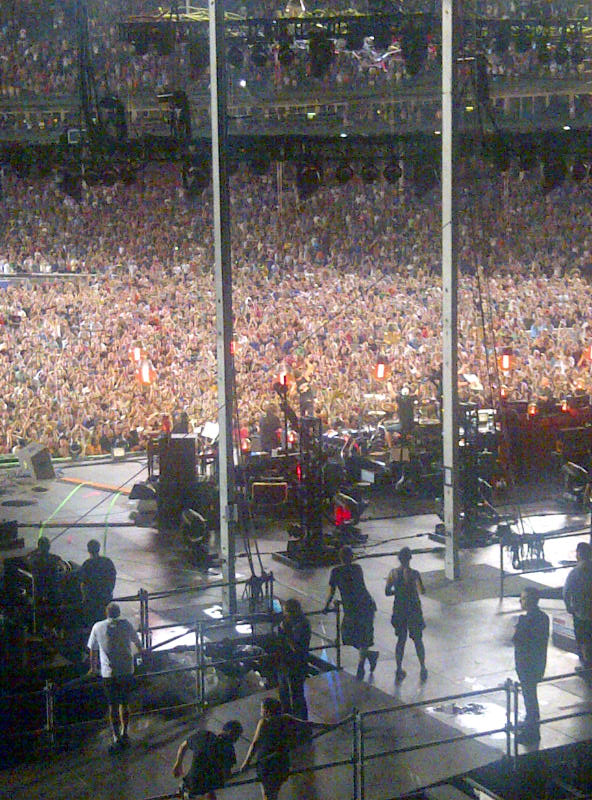 my series of interview shows on Pearl Jam Radio will resume next week. Here’s the schedule and some thoughts:

You’ll find out who first convinced Lyle to listen to Pearl Jam and he discusses being one of only 15 players in history to hit into an unassisted triple play.

I spoke to Jason in June before he made the All Star team and before his arm injury that will leave him on the shelf for a few weeks. I’m not sure there’s a more inspirational story than the one he tells about recovering from a knee injury in 2010. The story features an honest to goodness Angel who more than earns the title of “The Fixer”.

He also has the most awesome intro video/walk on music in MLB. Check it out:

Mark becomes the first interview guest to join us the morning after jamming with a member of Pearl Jam. Who was it? How did it happen? We’ll answer those questions and find out what it’s like to play for the team you grew up cheering for.

David is a first generation American and talks about how hard his parents worked to establish themselves in the US plus talks about the cool job his grandfather had and the long car rides that made him a music fan.

ALL INTERVIEWS can be heard on Pearl Jam Radio on Sirius XM-Channel 22. Here’s a link with more info and info on a free trial.

And finally, coming in August to PJ Radio: Scott Hairston of the Cubs, Jared Burton of the Twins, and Duff McKagan who retired from baseball after throwing a no hitter.